The Mitchell family arrived in Australia in 1968 and soon after purchased Yarraman Park in Scone in the Hunter Valley from the late George Moore, commencing their breeding operation in the heart of the thoroughbred breeding and racing industry.

Today Yarraman Park has grown to be one of Australia’s leading nurseries, largely thanks to the deeds of their Champion sire I Am Invincible. 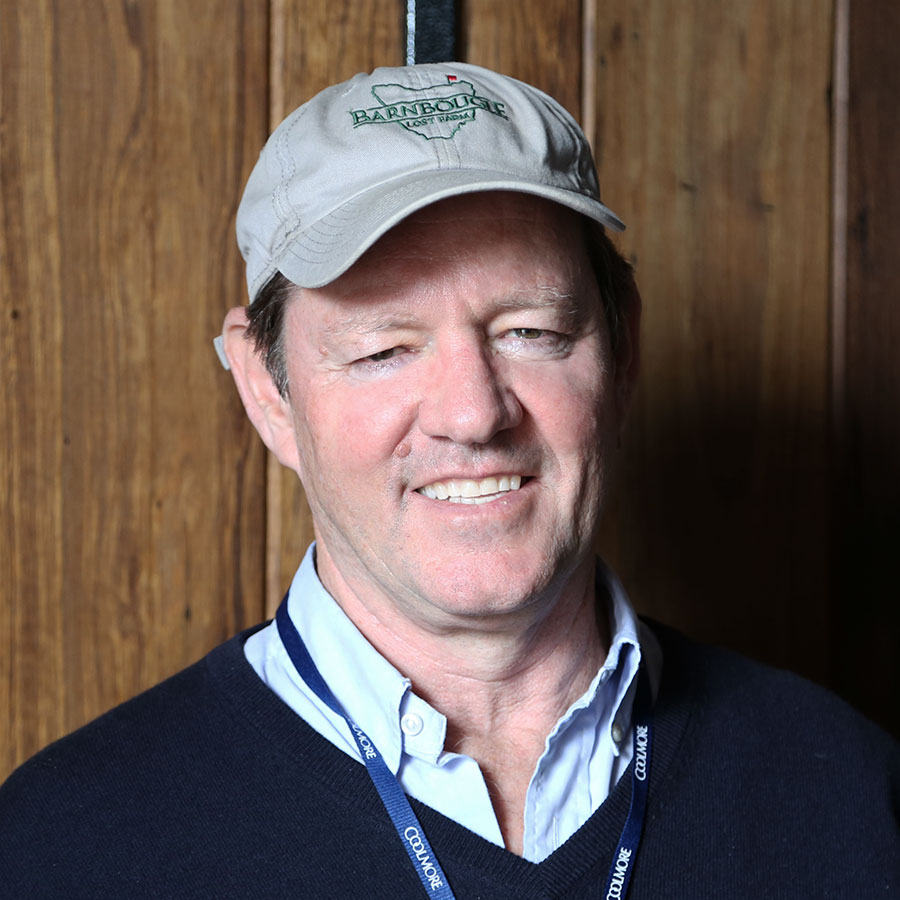 After travelling and working in America under leading trainer Neil Drysdale he came back and started his own business training horses, first based in Scone before moving to Warwick Farm and eventually ending up at Randwick.

From his Sydney base Bill trained 11 Group 1 winners including From the Planet Won the 1989 Epsom Handicap, Stylish Century the VRC Derby, Electrique the Flight stakes. The stable grew quickly, Bill expanded his operation to include stables at Eagle Farm and employed a young Peter Moody as foreman of that stable.

In the years to come Bill would train Champion sprinter General Nediym as well as Group 1 winning three year old’s Dignity Dancer and Kenwood Melody, winners of the Australian and Caulfield Guineas respectively.

Bill retired from training in 2005 and has since then been working for private clients and as Racing Manager for Kevin Maloney’s Segenhoe stud.

Finishing school at Geelong Grammar in Victoria in 2006, James went straight to Yarraman Park to work for a year as a stud hand before attending Marcus Oldham Agricultural College. He enrolled in the Diploma of Horse Business Management and from that, the opportunity arose to go and work for the Chittick family at Waikato Stud in New Zealand. James was part of the yearling crew who prepared a draft of 75 horses for Karaka and another 15 for Inglis Easter under the guidance of Garry and Mark.

After a season at Waikato, Sam Williams of Little Avondale Stud in the Wairarapa, was looking for a young man to work the breeding season and offered the opportunity to work with the stallions; the lure to play New Zealand grass roots rugby was too much to pass up too.

Returning from New Zealand, James was the successful applicant of the 2011 Inglis Bloodstock Internship. Once the 10-month internship was completed, a full-time role in the Inglis Bloodstock team was offered and James gladly accepted the position. During his seven years at Inglis, James built strong relationships with the breeding community and sharpened his eye for a yearling inspecting over three thousand a year with the team.

“After seven years as a member of the Inglis Bloodstock team, the time has come to move on. I am very thankful to all the influential people that have guided me along the way and look forward to the next chapter of my career alongside Bill.”